Coastal erosion is a natural phenomenon, further impacted by human factors. In West Africa alone, coastal areas host about one third of the region’s population and generate 56% of its GDP. Among the 54 African states, more than 30  are coastal. This underlies the importance of seaside settlements, especially considering that half of the 15 African megacities (with over 10 million habitants) expected to be developed in the continent by 2050 arise in near-shore areas.

As the African population is predicted to double in the next 30 years, reaching 2.5 billion people on the whole continent, the health and efficiency of near-shore regions is increasingly fundamental to sustain socio-economic practices within coastal zones.

How can we learn more about these coasts and provide policy and decision makers with the tools to better combat future threats and erosion for a sustainable management of coastal areas?

Coastal erosion is closely linked to a changing climate, as it is highly responsive to rising sea levels, changing precipitation patterns, and higher temperatures. When combined with the impacts of human development it has the potential to cause significant changes to the coastlines of Africa. Ensuring that the Land, as outlined in Sustainable Development Goal 15, is protected, and restored and that sustainable use is promoted in order to halt degradation and biodiversity loss. Coastlines empowers decision makers to prioritise and evaluate the impacts of local and regional coastal management based on historical coastline change. 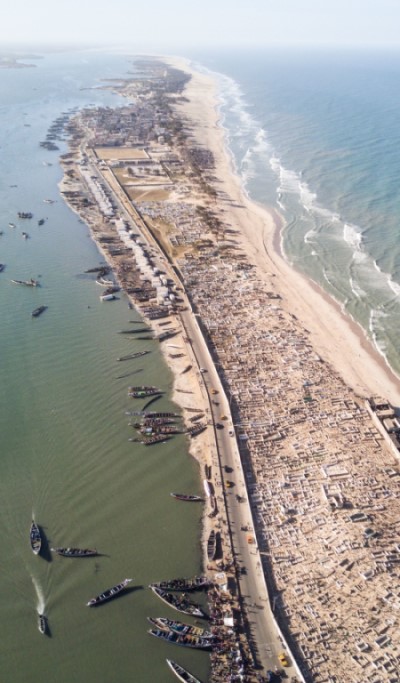 According to a draft DISAL economic value study, by mitigating coastal erosion risks in 3 key sectors, Digital Earth Africa could inject ~$460 million per year into Africa’s economy and change the lives of ~270 million people in three key sectors:

Coastlines is the first of its kind for the African continent, allowing users to observe patterns in coastal change over extended periods by mapping historical data. The service has been developed to support decision-making in diverse infrastructure and livelihood-threatening situations, contributing not only to the Sustainable Development Goals, but also the 2063 agenda of the African Union.

The methods used have been developed, tested, and proven with the operational CEOS Coastline product by Digital Earth Australia and reproduced in the US by NOAA on part of the USA East Coast. The DE Africa team has been working with implementing partners to validate the coastline tool for West Africa initially, with the view to validate at the continental scale. The team validated the tool against reference coastlines generated from very high spatial resolution multi-spectral satellite images. The focus area for the validation has been West Africa, particularly the seaside resort of Saly Portudal in Mbour-Senegal.

The coastlines generated using the notebooks scripts available in the Sandbox were compared with reference data to analyse the coastlines over specific years and study areas, to assess the coastline between specific coordinates. Updates to the DE Africa Coastlines algorithms are in progress to improve the quality of the reference data and enable extraction of coastlines with great precision from the Landsat images.

Discover the data on the Digital Earth Africa Map.

Learn more about the method and technical details in the Digital Earth Africa Docs.