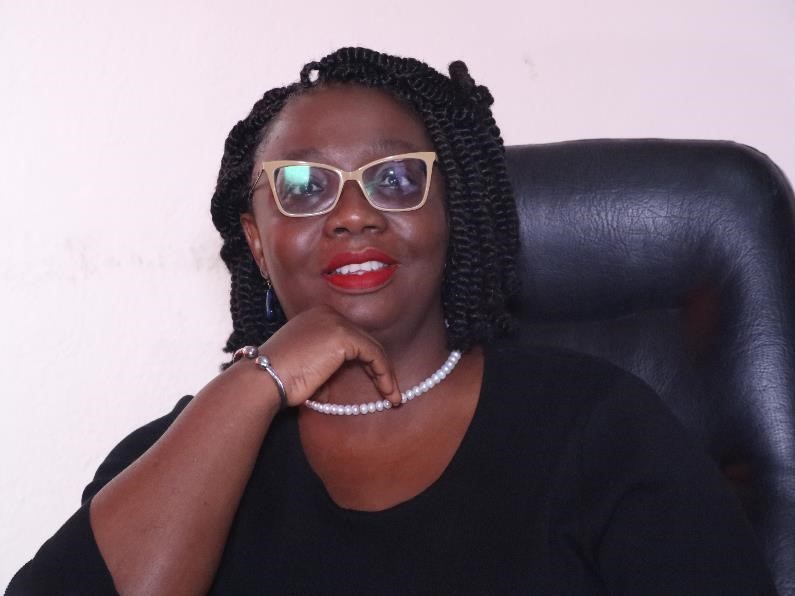 Yeama Sarah Thompson is the  first female Managing Director of the Sierra Leone News Agency (SLENA). She is also the Media Lead in the Risk Communications and Social Mobilisation pillar of the National COVID-19 Emergency response (NaCOVERC)  and the Ebola Virus Emergency preparedness plan. At NaCOVERC, Yeama has conceptualised and leading the innovative Share4Mama Salone Ambassadors flagship program #CoronaFetNaWeAllFet to further broaden and integrate outreach across traditional and digital media channels through 60 key influencers to build and mobilize support in the fight against COVID-19.

Previously, she served as Commissioner of the Right to Access Information Commission where she served as Chairperson of the Open Data Council and contributed to the establishment of Sierra Leone’s first open data portal and facilitated the first ever open data festival to foster a culture of open data and the proactive disclosure of information by government.

Yeama is a media development professional who rose through the ranks from a cub reporter at the Sierra Leone Daily Mail to an Editor of The Chronicle newspaper in war-time Sierra Leone. During the 2011 Liberian General Elections she travelled extensively in Liberia with the Liberia Media Centre (LMC), working with community radio and Monrovia-based journalists to foster a rights-media approach to reporting.

In March 2012-2014 she served as the Country Director of Journalists for Human Rights in Sierra Leone. She conceptualised and implemented a human right reporting strategy during the 2012 elections which contributed to peaceful elections. She has also worked  as Lead Gender Media Trainer with BBC Media Action in Sierra Leone using radio to improve access to Security and Justice for Women and Girls.

She is the founder and Executive Director of the Initiatives for Media Development (www.imdev.media), a non-governmental organisation working on media research, advocacy and capacity building. IMdev’s Health Accountability Project funded by the United States Agency for International Development (USAID) through the United Nations Children's Fund (UNICEF) worked with the media to  create a collective platform for education, information and facilitating citizens’ engagement with government towards building strong systems of accountability and transparency in the health sector.   More recently as part of the COVID-19 response with funding from UNICEF Sierra Leone, IMdev successfully produced and broadcasted in collaboration  with 40 community radio stations preventive methods to more in-depth discussions on critical emerging issues. These issues, which are invariable experienced during emergency periods included Gender Based Violence and violence against children and call for the immediate release of children in detention facilities across the country.