Rising Lakes in the Rift Valley in Kenya

For some time now, the rising water volume of most Rift Valley Lakes in Kenya has led to significant economic, social and environmental challenges, with widespread flooding causing displacement of populations, destruction of infrastructure and continued losses to the tourism sector. 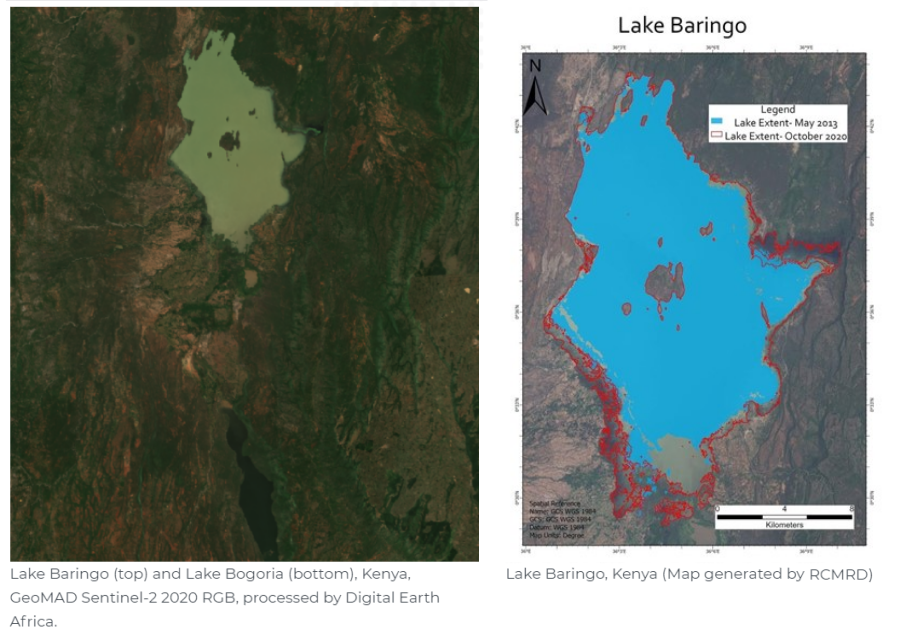 Lake Baringo is a freshwater lake located in the northern part of the Rift Valley with a surface area of 130km2 and an elevation of 1000m. The lake has a number of inlets but no visible outlets, instead it is believed that most of its water seeps through the faults into the volcanic rocks. Lake Baringo is one of the six IUCN Ramsar sites, it is famous for bird watching and hosts over 500 species of flora and fauna.

Just 16km south of Lake Baringo lies Lake Bogoria, another Ramsar site, this lake is saline and alkaline. Since flooding occurs so frequently, there is concern over the potential environmental impacts should the fresh water of Lake Baringo merge with the alkaline water within Lake Bogoria.

The Regional Centre for Mapping of Resources and Development (RCMRD) based in Nairobi, Kenya, is mandated by its 20 member States to provide advisory services in the management of natural resources. The issue of the rising lakes has been raised by the National Disaster and Management Authority (NDMA) who have worked with the RCMRD to develop country hazard maps in Kenya, including Baringo County. RCMRD has explored various platforms to provide assessments, and David Ongo, GIS Analyst at RCMRD, compliments the usefulness of the Digital Earth Africa (DE Africa) service - Water Observations from Space (WOfS) for quick analysis of water extent.

RCMRD was able to analyse annual changes in the water extent of Lake Baringo using WOfS as shown in Figure 2 from 1999 to date covering five-year time epochs. Figure 3 shows the expansion in water extent of the lake by 112.01km2 between 2002 and 2020, and Figure 1 shows the spatial extent of this significant change. The CHIRPS rainfall data has also been inspected (Figure 2) and combined with WOfS for analysis in the DE Africa platform (Figure 3). 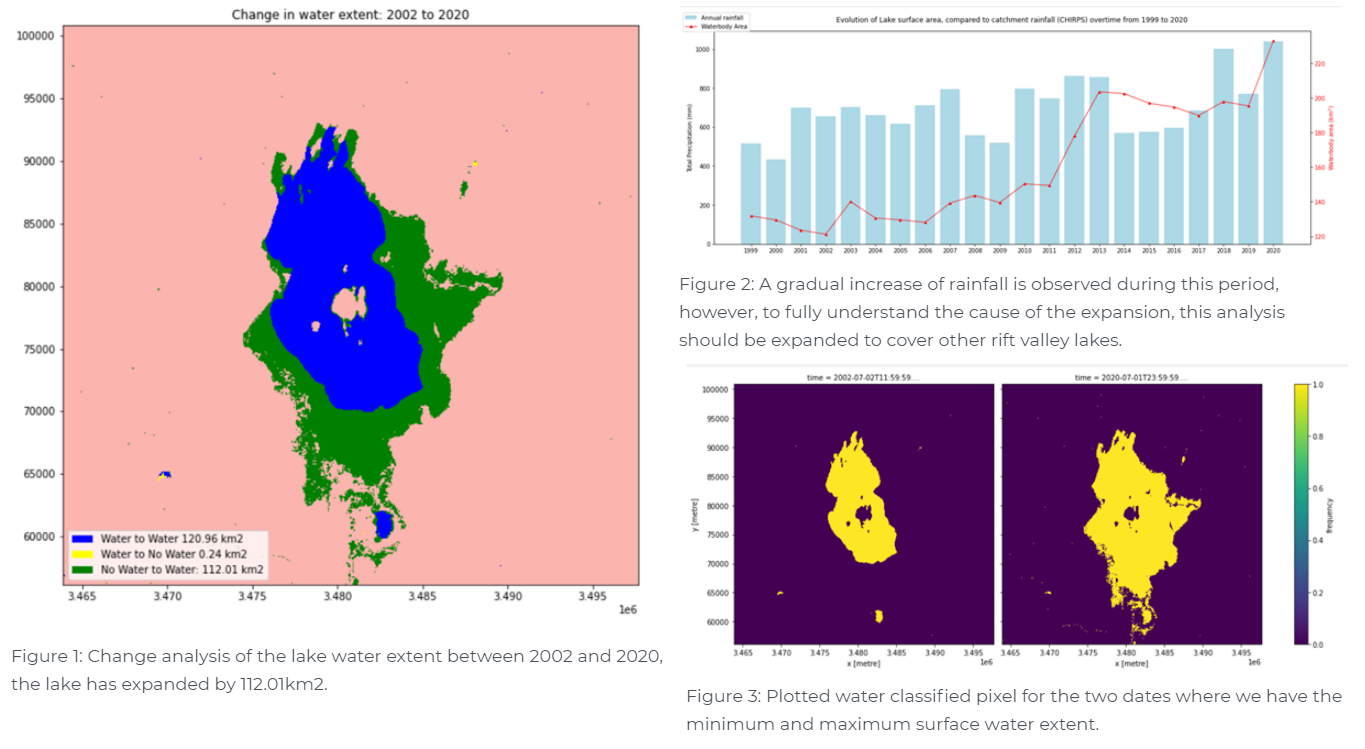 RCMRD continues to engage with various stakeholders in this ecosystem including county governments to provide more periodic updates on the water extent including early warning services. David notes that the information from DE Africa could be easily expanded to cover other lakes, integrated into the RCMRD Early Warning Explorer and serve more countries in Africa.

David sees a time that Earth observation will be critical to inform all sectors of the economy leaving no one and no place behind. 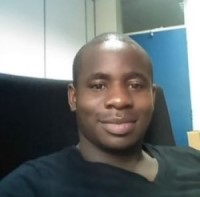 David Ongo is Geographic Information Systems Analyst at Regional Centre for Mapping of Resources for Development (RCMRD). David has working experience in the field of GIS and computerised mapping. He is responsible for the development and management of Geo-spatial data projects/works, database management and training at RCMRD. He received his MSc degree in GIS from University of Twente in the Netherlands.